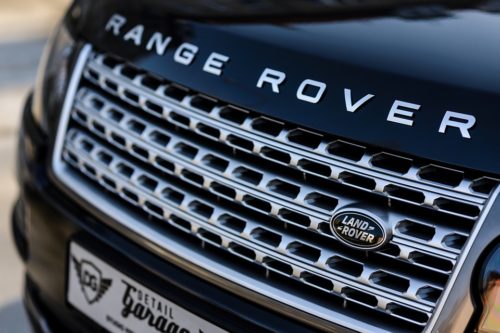 The recall, expected to begin on May 1, 2017, originated from an issue with the Autoliv AI2 initiator, a component used in airbag deployment systems. Testing showed airbags using the initiator did not deploy in testing.

Further investigation found an incorrect ratio of zirconium and potassium perchlorate in the charge used to inflate the airbag. Jaguar learned the machinery used to mix the chemicals was incorrectly reconfigured following maintenance. The incorrectly mixed chemicals would not ignite from the heat provided by the initiator’s wiring, causing the wire to burn off without causing ignition.

Jaguar reviewed the facts and decided on March 2, 2017, the problems were an “unreasonable risk to safety” and decided to initiate a voluntary recall.

Jaguar Land Rover will notify owners and dealers will replace the front passenger airbag, free of charge. Owners may contact Land Rover customer service at 1-800-637-6837. Land Rover’s number for this recall is N026. They can also visit the NHTSA’s website, and enter their VIN to see if their vehicle is included in the recall.

The manufacturer of your vehicle is legally required to fix any recalled problems for free. If the dealership refuses to fix the part or tries to charge you for the repair, contact the manufacturer immediately. The Highway Safety Act of 1970, which created the NHTSA, requires car manufacturers to pay for the recall and replacement of a defective part.

If the manufacturer fails to repair, replace, repurchase, or provide the loss value of your recalled vehicle, they are violating the warranty and a lawyer may be able to help you. Lemon law attorneys help their clients by dealing directly with the manufacturer on the clients’ behalf, working to promptly resolve the issue and get their clients back on the road. Thanks to the Magnuson-Moss Warranty Act, attorneys can seek their fees directly from the manufacturer, meaning a client can obtain legal counsel without having to pay attorneys’ fees directly out of pocket.