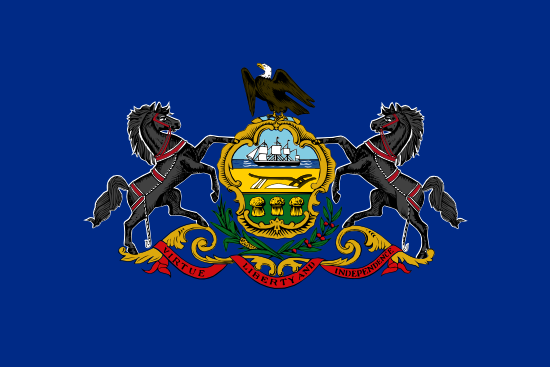 The Pennsylvania Automobile Lemon Law applies to any new vehicle purchased or leased and registered in Pennsylvania or purchased and leased elsewhere as long as it was registered for the first time in the state.

Any vehicle designed to transport up to 15 people is covered under the law, but motorcycles, motor homes and off-road vehicles are not. The vehicle must be driven on public roads, streets or highways.

The Pennsylvania law specifically defines “purchaser” as a person who has obtained ownership of a new motor vehicle by transfer or purchase, or who has entered into an agreement or contract for the purchase of a new vehicle that is used or bought for primarily personal, family or household purposes. The “purchaser” must maintain continued ownership and possession of the vehicle and not relinquish the title. That definition was extended to cover leased vehicles on Feb. 11, 2002.

The state’s lemon law covers any vehicle “nonconformity,” which it defines as a “defect or condition that substantially impairs the use, value, or safety of a new motor vehicle and does not conform to the manufacturer’s express warranty.” The law does not compel manufacturers to repurchase or replace vehicles if the nonconformity “does not substantially impair the use, value, or safety of the motor vehicle, or the nonconformity is the result of abuse, neglect or modification or alteration of the motor vehicle by the purchaser.” For example, if the problem in question is just an annoying rattle or stereo issues, it isn’t covered. Likewise, a problem caused because of something the owner did to the car after purchase isn’t covered.

The Pennsylvania lemon law says a manufacturer must repair the problem within a “reasonable number of attempts.” If the manufacturer or its authorized agents have attempted to repair the problem three times without success or the vehicle has been out of service for 30 days or more because of a problem, the car is considered a lemon. Consumers may be eligible for a replacement vehicle or the refund of its purchase price, minus a limited allowance for use.

Additionally, Pennsylvania lemon law says any vehicle bought back by a manufacturer cannot be resold, transferred or leased at retail or wholesale in the state unless the manufacturer issues the same express warranty provided originally except that it may last only for 12,000 miles or one year after the resale date, whichever is earlier. The manufacturer must also provide a written statement stating the vehicle was repurchased because of a defect that could not be repaired within a reasonable time according to the state’s lemon law. The dealer must make all of this known to potential buyers up front before purchase, and must apply for and receive a branded title for the vehicle showing the vehicle to be a known lemon.

Vehicles with defective braking or steering systems likely to cause death or injury if driven may not be resold in Pennsylvania.

If the manufacturer has established an “informal dispute settlement procedure,” also known as arbitration, the consumer must go through it first before bringing a civil action in court. In some instances, arbitration can allow for a faster resolution of conflicts between consumers and manufacturers. Arbitration hearings usually last only one day, and take place in a much less formal setting than a court. Consumers should bring all documents relating to the vehicle and the repair process, including the letters exchanged with the manufacturer. They should also arrange for witnesses to appear at the hearing, including friends who have witnessed the vehicle’s problems.

However, arbitration often ends with an outcome unfavorable to the consumer. The third party arbitrator may award the consumer with additional repair attempts, which doesn’t provide any remedy they didn’t have before. They may also decide to dismiss the claim, siding with the manufacturer. Pennsylvania’s law also allows either side to have a lawyer present at the arbitration but does not allow consumers to be awarded attorney’s fees from the manufacturer for the arbitration process. Fortunately, the federal Magnuson-Moss Warranty Act allows for consumers to sue for attorney’s fees alongside damage awards in court.

The arbitration decision is binding only on the manufacturer, but not the consumer. This means, if dissatisfied with the decision, the consumer can initiate legal action in the court system. By filing a claim under the Magnuson-Moss Warranty Act, Pennsylvania consumers can hire lawyers who will represent them without the vehicle owner having to pay any attorneys’ fees directly out of their pocket. This is because the federal Act provides that the vehicle manufacturer may pay the claimants’ reasonable attorneys’ fees if the claimant prevails against the manufacturer. Lemonlawusa.org encourages vehicle owners with a lemon to obtain legal counsel. You can bet the car manufacturers have legal counsel at the ready to help defend against lemon law claims both in arbitration and in court.